Glenmorangie captures the joy of cake in a whisky 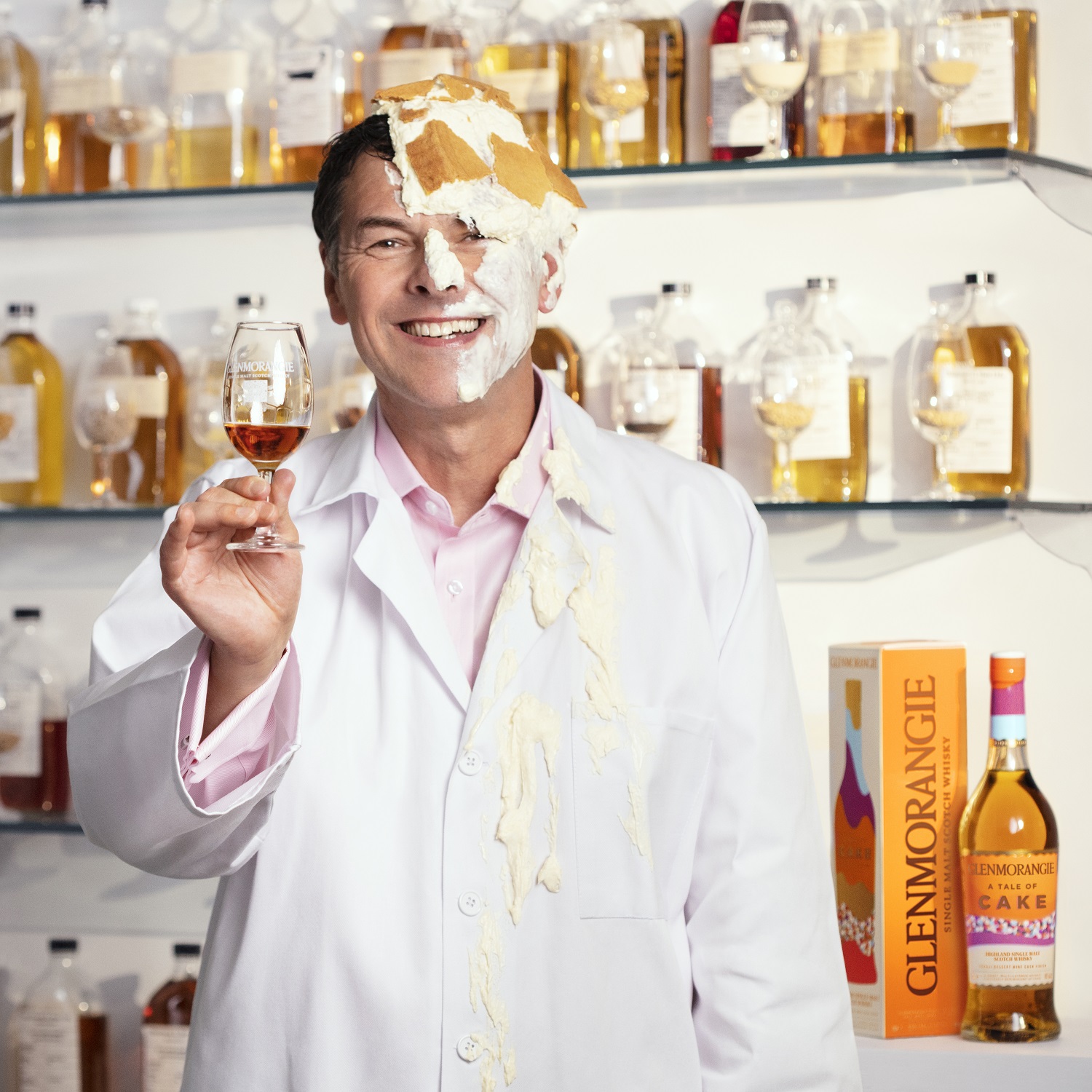 There’s a delicious new expression in town. Glenmorangie celebrates the joy of a cake moment in a sweet and indulgent single malt Scotch whisky, revealing its vibrant new limited-edition ‘Glenmorangie A Tale of Cake’ in South Africa this November.

Inspired by favourite memories of baking, birthdays and more, Glenmorangie’s multiple award-winning Director of Whisky Creation, Dr Bill Lumsden, found himself musing over how some of his most joyful recollections involved cake – from baking with his granny, to the pineapple upside down cake his daughter made him for his birthday.

Dreaming of encapsulating cake’s magic in a single malt whisky, he experimented by finishing Glenmorangie in Tokaji dessert wine casks. Skilfully layering their sweet, honeyed notes with Glenmorangie’s smooth, fruity character, Dr Bill created Glenmorangie A Tale of Cake. And so delicious is this limited edition whisky’s flavours of honey, white chocolate and fruit, that award-winning New York based pastry chef extraordinaire Dominique Ansel dreamt up a cake and cocktail pairing – a “CakeTail” menu – in its honour.

Dr Bill said: “Like so many of us, some of my favourite memories come from cake, whether it be helping my granny in her kitchen, or the pineapple birthday cake my daughter surprised me with one year. By finishing whisky in Tokaji wine casks, I’ve captured the joy of those indulgent cake moments in Glenmorangie A Tale of Cake. The liquid is a rich copper, but the taste is pure technicolour, luscious, sweet and complex with multi-layered bursts of honey, white chocolate and fruits with a hint of mint. As you might expect, it tastes incredible when enjoyed with actual cake, so it’s fantastic to see Dominique bring it to life with CakeTails.” 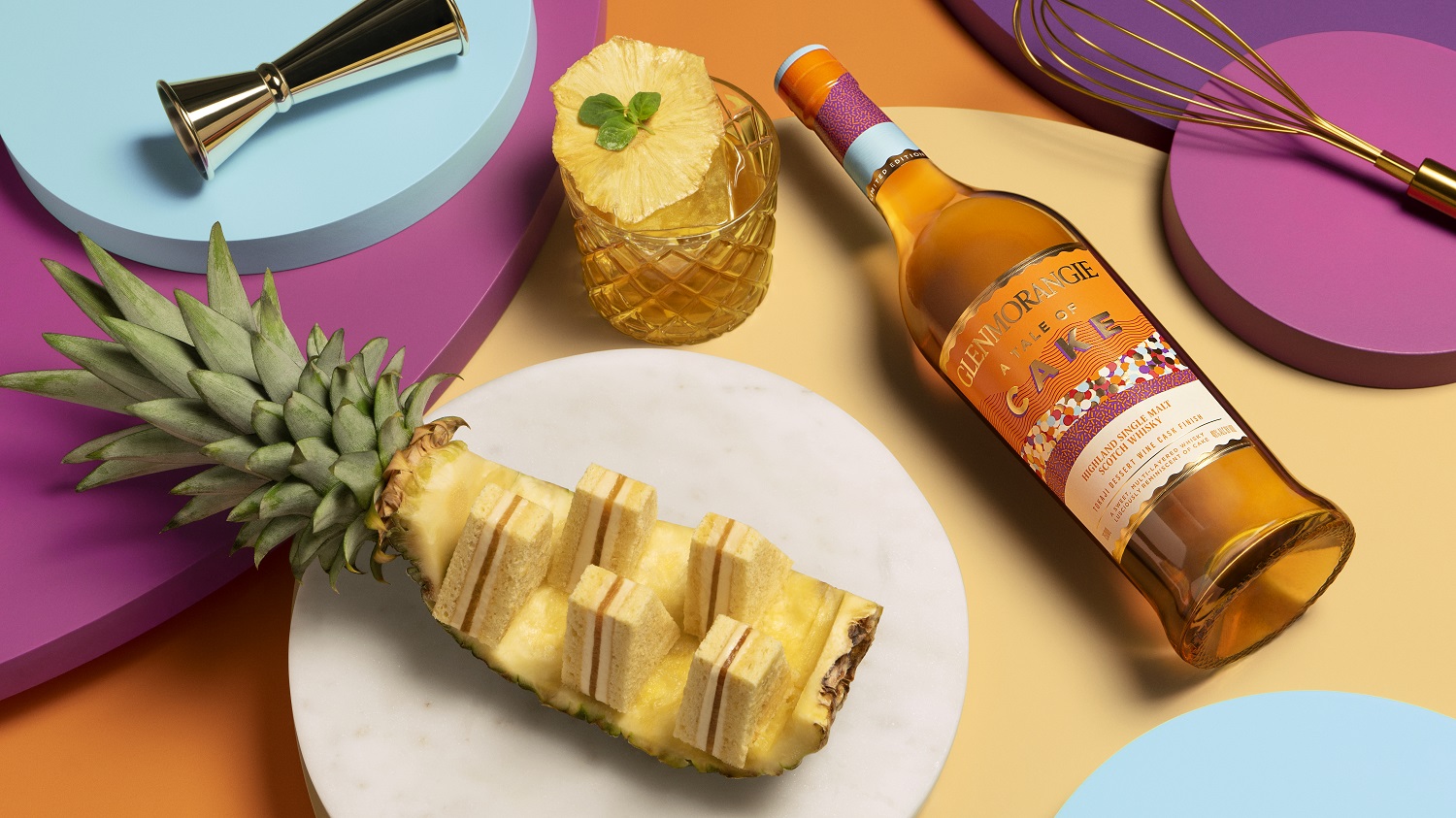 This single malt tastes particularly delicious alongside real cake, which is why Glenmorangie worked closely with Dominique Ansel to conjure up perfect pairings. Like Dr Bill, the pastry chef hailed as “the Willy Wonka of New York”, has a passion for exploring new tastes (take for example his world-famous Cronut® – a donut-croissant hybrid). Dominique said: “Baking and whisky making are different worlds, but they have a lot in common. If you stir Dr Bill’s passion for single malt with my love for cake, you get the best of both our worlds! And our CakeTail menu is now available worldwide!”

Together, Dominique and expert mixologist Jeremy Le Blanche, invented an indulgent Glenmorangie CakeTail pairing menu, marrying cake and whisky in a delicious new menu, now available worldwide, exploring The Original, as well as the expressions ‘A Tale of Cake’, ‘The Lasanta’ and ‘The Quinta Ruban’. And to make sure everyone in South Africa can indulge, Dominique and Jeremy have shared versions that are easy to recreate at home, via their Cake-tail menu and through a series of short films released on Glenmorangie’s social channels.

And now Glenmorangie’s CakeTail pairings – including a pineapple cake inspired by Glenmorangie A Tale of Cake, paired with The Cake Old Fashioned cocktail – will also be available to a lucky few, recreated by Johannesburg pastry creators @JustTeddy, the fine boulangerie & pâtisserie, taking Jo’burg foodies on a magic carpet ride of confectionery.